The other day I had a conversation with a friend who is a touring drummer. He said when he first started going on the road he had a huge drum set. Lot’s of toms and cymbals. Nine years later, his kit is a lot simpler and smaller. Over the years he decided there was no reason to load in so much shit for every show because he learned how to do more with less.

I’ve had a similar realization in how I approach photography. I used to suffer from gear acquisition syndrome. I would haul bags full of lenses and strobes everywhere I went. I’m not old and lazy just yet, but I do want to carry as little as possible. Thinking about the gear too much gets in my way too. I try to keep everything I carry so minimal it all fits into one sling bag. If I’m just going for a photowalk, I usually don’t even take my camera and carry my phone instead. That’s a post for later.

So, what’s typically in my bag? Just three things.

I usually bring just one flash with me. It gives me the chance to intentionally mix color temps from ambient light sources. Here’s an example of what I’m talking about. 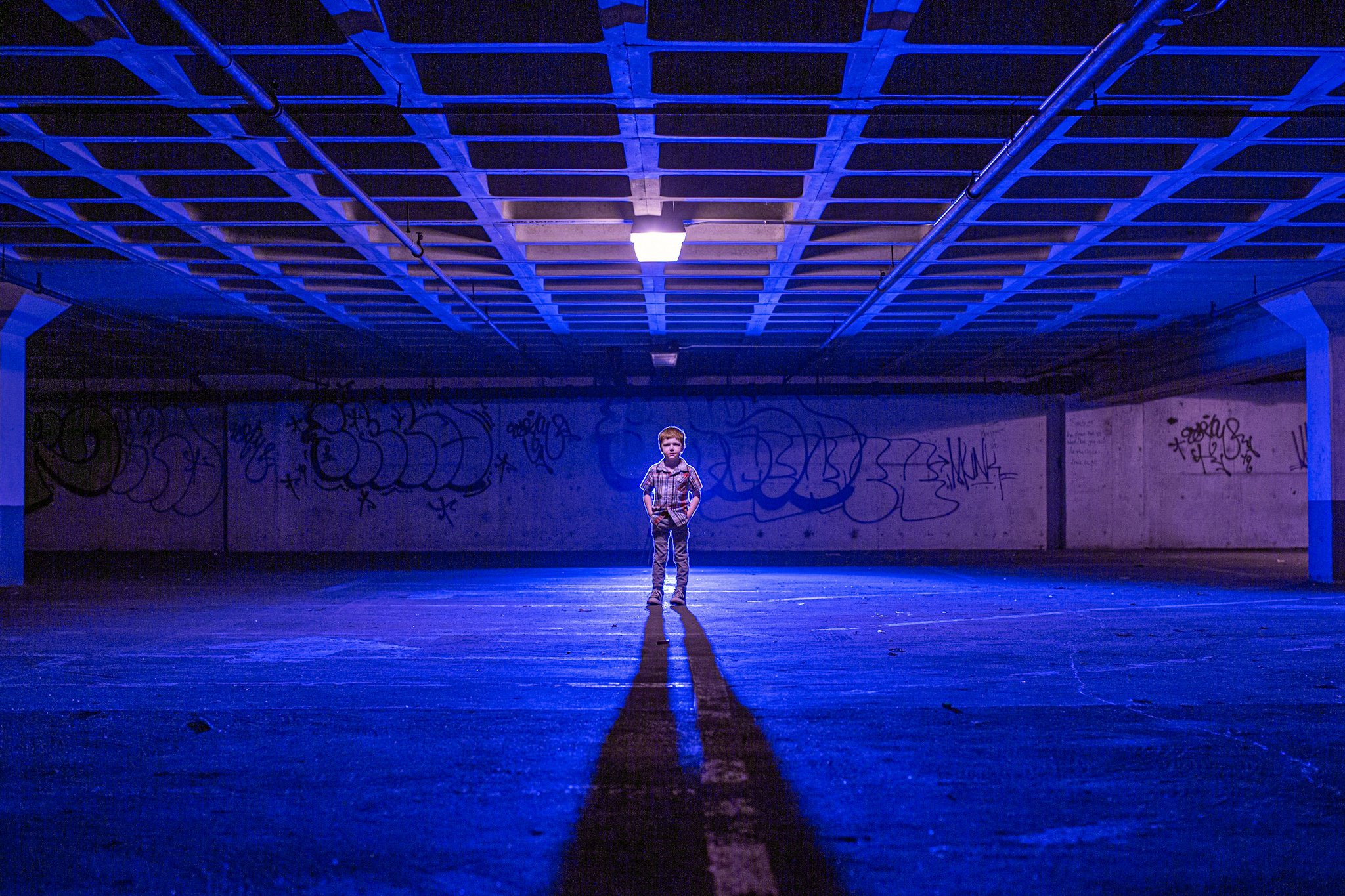 Even though it produces a shitty spectrum of light, I used the sodium-vapor light in the parking deck as the primary light and let it dictate the color balance. Adjusting for that pushed the bare flash behind my son into a super cool tone. It ended up looking gelled because the color temps were so far apart.

In the next example, I used the strobe as the primary and slowed my shutter enough to let the parking deck light bleed into the shadows. 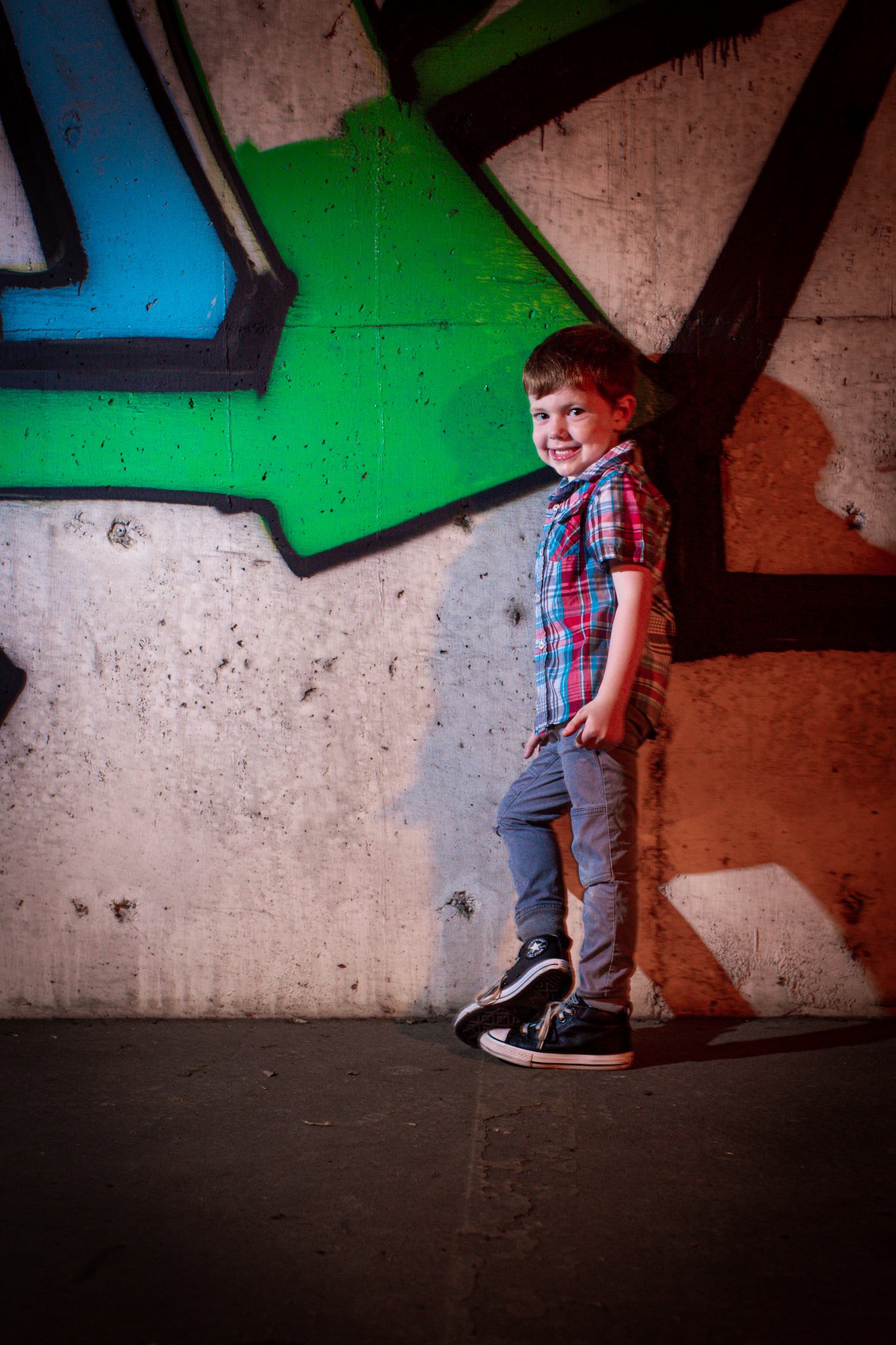 In this last photo, I placed a strobe directly behind the the column which supplemented the daylight coming in from the top of the stairs. The face of the column is again lit by the sodium vapor lights inside the parking deck, giving it an orange look. 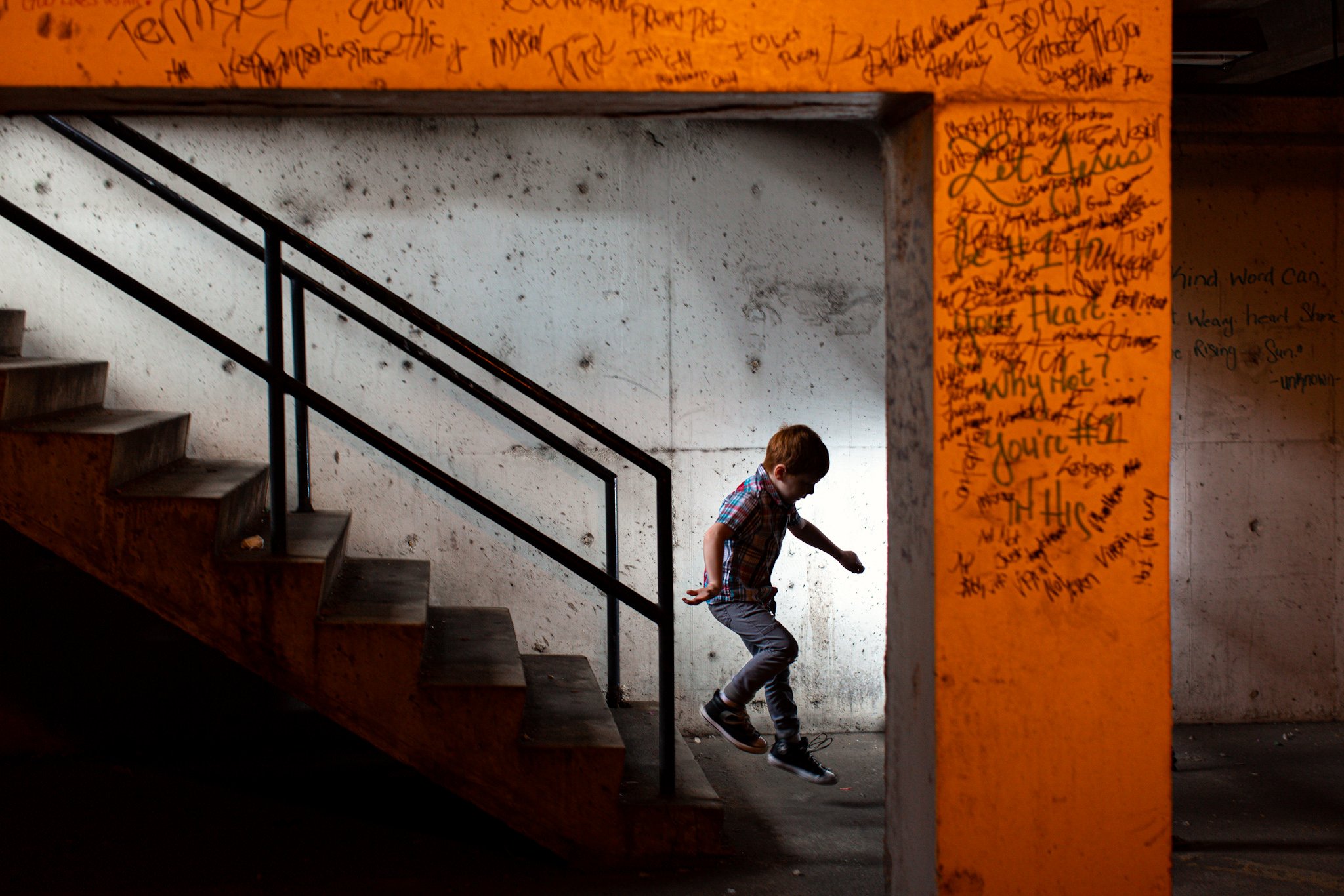 If you’re curious about camera settings, you can click the images and check them out on Flickr. All of the metadata will be under each image.